The current desert locust situation continues to deteriorate and represents a grave threat to food security and livelihoods in the Horn of Africa. Right now Ethiopia, Kenya, and Somalia are the most affected countries but the risk to South Sudan and Uganda is growing. Food crops and livestock forage are being heavily impacted. The Desert Locust has a high destructive potential: just a 1 square km swarm can potentially eat as much food in 1 day as 35,000 people could. A farmer might see his entire crop destroyed. SOUNDBITE (Kiswahili) Esther Kithuka, Farmer: “We depend heavily on this farming season. We have two seasons but the season beginning in April is short and not as productive. We depend a lot on this season and we worry that the locusts will destroy our harvest and we end up remaining hungry through the rest of the year waiting for October for the next cropping season.” In Ethiopia, Kenya and Somalia, a large proportion of the population rely on agriculture and livestock for their livelihoods and nearly 12 million people are already in a state of severe acute food insecurity due to extended droughts and heavy flooding. SOUNDBITE (English) Bukar Tijani, Assistant Director-General, Agriculture and Consumer Protection Department, Food and Agriculture Organization (FAO): “For now Kenya, Somalia and Ethiopia have been the main countries that have been infested by the Desert locust in billions. But then, there also other countries at risk, especially South Sudan, Uganda, Eritrea, which is also infested so far. Then, along the Red Sea, Saudi Arabia and Yemen have been infested.Then also in the eastern region of the Desert locust, India, Pakistan, Iran. These are all parts of countries that have been infected." SOUNDBITE (English) Dominique Burgeon, Director of the Emergencies and Rehabilitation Division, Food and Agriculture Organization (FAO): “We are in a region where over 11 million people in the three countries are already in acute food insecurity. Therefore, we need to make all possible efforts to avoid such a deterioration. We know that these locusts that we see here can create massive devastation not only in terms of crops but also in terms of pasture and therefore affecting the livelihoods of the pastoralist communities. For that to happen, at this critical point, the only solution that works is aerial spraying.” In Kenya, immature - the most voracious locust stage - and maturing swarms continue to arrive in the northeast and are moving throughout northern areas. Some swarms are laying eggs that will give rise to hopper bands in February and March. In Ethiopia, ground and aerial control operations continue against immature swarms in Somali and South Oromiya regions. Some 6 000 ha were treated by air so far this month but a new generation of swarms could start to form in April. In Somalia, control operations are in progress in the northeast (Puntland) while locusts continued to move southwards in central and southern areas but survey and control operations are limited by insecurity. Other countries are at risk. Working with governments and partners FAO is rapidly raising funds and surge experts and supplies to the affected countries, so that anti-locust activities can be massively scaled up. Governments are conducting aerial and ground control operations, spraying pesticides to kill these large swarms. But their capacities are stretched to the limit. If control operations are not scaled up rapidly the locusts could expand and spread within the currently affected countries as well as invade additional ones. There remains a high risk of a few swarms appearing at any time in South Sudan, in the southeast of the country coming from adjacent areas of Kenya while a few swarms might appear in northeast Uganda about the end of January. Both countries have not seen swarms for nearly 60 years ago and have no recent experience in addressing the issue. The future operations will be focusing on stopping the infestations from further spreading into the Rift Valley in Kenya and Ethiopia – the region’s breadbasket – and preventing spread into Uganda and South Sudan and reducing reproduction and a further 20-fold increase in locusts. Past locust upsurges in the Horn of Africa and the Sahel caused widespread losses at the regional and household levels. During the last Desert Locust upsurge in West Africa in 2003-2005, affected households suffered major losses, severely disrupting agricultural production in areas already sensitive to food insecurity. Desert locust plagues occur infrequently and can have devastating impacts on crops, pastures, food security and livelihoods as well as unintended consequences on education, social repercussions, conflict and politics. 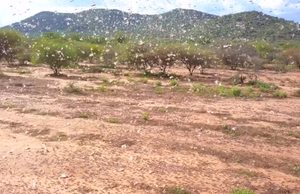 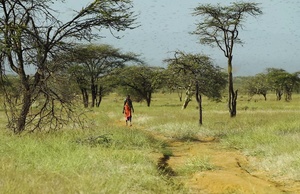